Abstract: Reconfigurable soft robotic actuators with hard components are described. Magnetic attraction is used to couple flexible molded bodies capable of actuation upon pressurization with other flexible molded bodies and/or with hard components (e.g., frames and connectors) to form a seal for fluidic communication and cooperative actuation. Pneumatic de-coupling chambers built into the hard components to de-couple the hard components from the magnetically-coupled soft molded bodies are described. The use of magnetic self-alignment coupling and pneumatic de-coupling allows for the remote assembly and disassembly of complex structures involving hard and soft components. The magnetic coupling allows for rapid, reversible reconfiguration of hybrid soft-hard robots for repair, testing new designs, and carrying out new tasks.

Abstract: The present disclosure describes a strategy to create self-healing, slippery self-lubricating polymers. Lubricating liquids with affinities to polymers can be utilized to get absorbed within the polymer and form a lubricant layer (of the lubricating liquid) on the polymer. The lubricant layer can repel a wide range of materials, including simple and complex fluids (water, hydrocarbons, crude oil and bodily fluids), restore liquid-repellency after physical damage, and resist ice, microorganisms and insects adhesion. Some exemplary applications where self-lubricating polymers will be useful include energy-efficient, friction-reduction fluid handling and transportation, medical devices, anti-icing, optical sensing, and as self-cleaning, and anti-fouling materials operating in extreme environments.

Abstract: Participatory activity carried out using electronic devices is enhanced by occupying the attention of participants who complete a task before a set completion time. For example, a request or question having an expected response time less than the remaining answer time may be provided to early-finishing participants.

Abstract: The invention provides SST motifs of controlled size and shape, comprised of a plurality of oligonucleotides, and methods for their synthesis. The motifs are formed, at least in part, by the self-assembly of single stranded oligonucleotides into curved, corrugated or twisted structures. The location of each oligonucleotide in the resultant motif is known. Accordingly, the motifs may be modified with specificity.

Abstract: Systems and methods for providing flexible robotic actuators are disclosed. Some embodiments of the disclosed subject matter include a soft robot capable of providing a radial deflection motions; a soft tentacle actuator capable of providing a variety of motions and providing transportation means for various types of materials; and a hybrid robotic system that retains desirable characteristics of both soft robots and hard robots. Some embodiments of the disclosed subject matter also include methods for operating the disclosed robotic systems.

Abstract: Provided herein are methods of preparing macrolides by the coupling of an eastern and western half, followed by macrocyclization, to provide macrolides, including both known and novel macrolides. Intermediates in the synthesis of macrolides including the eastern and western halves are also provided. Pharmaceutical compositions and methods of treating infectious diseases and inflammatory conditions using the inventive macrolides are also provided. A general diastereoselective aldol methodology used in the synthesis of the western half is further provided. 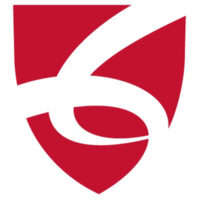