If stem cell science were bread baking, then working with pluripotent stem cells would be like starting with flour, water and yeast.

Transforming those base materials into a delicious loaf of bread requires knowing which ingredients to add and how to manipulate the dough and its environment, such as by mixing in salt, garlic and olive oil and baking at a specific temperature.

Just as a chef has go-to recipes for focaccia, sourdough and sesame bagels, researchers have learned the recipes for turning primitive stem cells into many kinds of mature cells, such as brain, heart and retinal cells.

Now, in a decisive step forward, Harvard Medical School researchers and their colleagues have provided a stocked kitchen and a cookbook.

As reported Nov. 30 in Nature Biotechnology, the team compiled the most complete collection to date of ingredients for programming human stem cells, built a platform for identifying and adding the ingredients needed to produce specific adult cells, and created a technology that can quickly churn out the cells in bulk for use in research and medicine.

In this case, the ingredients are transcription factors: proteins considered the “master knobs” that control what type of cell a stem cell will become by helping to regulate the turning on and off of genes that convert DNA into RNA.

Armed with the new Human TFome technology (pronounced “T. F. ome”), researchers can devise recipes for cell types they have been unable to generate for years. They can also make customizations so the cells are more useful for the diseases they want to study or treat.

“The Human TFome enables genomics and tissue engineering to cross-pollinate to build synthetic biology recipes for each cell type in tissue atlases, as defined by protein, RNA and other epigenetics, throughout development and aging,” said George Church, the Robert Winthrop Professor of Genetics in the Blavatnik Institute at HMS and a founding core faculty member of the Wyss Institute for Biologically Inspired Engineering.

Church is co-senior author of the study with Volker Busskamp, a former postdoctoral researcher in the Church lab now at the University of Bonn, Germany.

“Our technology allows us to discover novel cell-differentiation recipes and make practically any cell type in the body, including those that have not been made before,” said Alex Ng, co-first author with Parastoo Khoshakhlagh. Both are research fellows in genetics in the Church lab.

The Human TFome produces cells up to 10 times more efficiently and 100 times faster than current stem cell manufacturing methods, the authors said. It also improves quality—nearly 100 percent of cells produced are of the desired type.

Current methods to turn undifferentiated, pluripotent stem cells into adult cells take months as they mirror natural human development in a lab dish. Researchers need to know every signaling pathway that rises and falls during embryonic growth to coax the cells along the desired path, and the results have variable quality with as low as 10 percent yield, the authors said.

The Human TFome circumvents these obstacles by conducting rapid genetic screens of all the transcription factors in the library to see which ones produce the desired cell. The recipes take about four days.

Building on the results of the published article, the team has put the Human TFome to work this year on the global crisis posed by COVID-19. They aim to produce billions of previously hard-to-make type II pneumocytes, which play critical roles in replenishing damaged lung cells, and to incorporate them into 3D organoids that mimic human lungs to aid in the study of SARS-CoV-2 infection and accelerate drug testing.

The authors demonstrated how the Human TFome can contribute to the development of other cell therapies. They used the tool to produce nerve cells that restore protective myelin sheaths in mice—the degradation of which is a problem in a number of neurodegenerative diseases, including multiple sclerosis—and to produce endothelial cells that coat the lining of blood vessels and help ensure healthy cardiovascular function.

Plus, the Human TFome is revealing new aspects of human biology. For instance, the authors found nearly 300 transcription factors that dictate cell fate individually, regardless of the cell’s environment.

“This was surprising because the assumption in the field was that you need combinations of transcription factors with the right microenvironmental cues,” said Khoshakhlagh. “Our finding dramatically simplifies cell fate engineering and helps resolve a major challenge in cell manufacturing.” 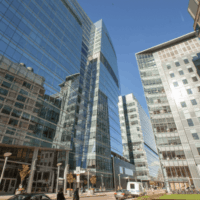