Many Harvard University faculty and researchers were among the inventors issued U.S. patents in the months of October, November, and December 2020.

The Harvard innovations recently recognized by the USPTO are as follows:

Abstract: A soft robot having an integrated electrical component includes an expandable or collapsible body, the body comprising an inlet that is configured to communicate with a fluid source and a flexible strain limited layer secured to a portion of the expandable or collapsible body, wherein the strain limited layer includes at least one electrical component.

Abstract: Compounds of formula (I) or formula (II), compositions and methods useful for treating and/or preventing a fungal infections are provided. wherein the substituents are as defined in the appended claims.

Abstract: The present disclosure provides click-crosslinked hydrogels and methods of use.

Abstract: Void structures, systems and devices with void structures, and methods of fabricating void structures are disclosed. A void structure is disclosed with a repeating elongated-aperture pattern designed to provide negative Poisson's Ratio behavior under macroscopic stress and strain loading. The pattern can include horizontal and vertical elliptically shaped apertures that are arranged on horizontal and vertical lines in a way that the lines are equally spaced in both dimensions. The centers of each aperture is on a crossing point of two of the lines. The vertical and horizontal elliptically shaped apertures alternate on the vertical and horizontal lines such that any vertical aperture is surrounded by horizontal apertures along the lines (and vice versa), and the next vertical apertures are found on both diagonals. The voids can also act as cooling and/or damping holes and, due to their arrangement, also as stress reduction features.

Abstract: The present invention relates to systems and methods for the arrangement of droplets in pre-determined locations. Many applications require the collection of time-resolved data. Examples include the screening of cells based on their growth characteristics or the observation of enzymatic reactions. The present invention provides a tool and related techniques which addresses this need, and which can be used in many other situations. The invention provides, in one aspect, a tool that allows for stable storage and indexing of individual droplets. The invention can interface not only with microfluidic/microscale equipment, but with macroscopic equipment to allow for the easy injection of liquids and extraction of sample droplets, etc.

Abstract: Histological images are preprocessed and classified among pathology states using a neural network. In preprocessing, the digital image is electronically partitioned into a grid of identically sized, overlapping subimages, and images are selected for analysis based on a parameter such as density.

Abstract: Reconfigurable soft robotic actuators with hard components are described. Magnetic attraction is used to couple flexible molded bodies capable of actuation upon pressurization with other flexible molded bodies and/or with hard components (e.g., frames and connectors) to form a seal for fluidic communication and cooperative actuation. Pneumatic de-coupling chambers built into the hard components to de-couple the hard components from the magnetically-coupled soft molded bodies are described. The use of magnetic self-alignment coupling and pneumatic de-coupling allows for the remote assembly and disassembly of complex structures involving hard and soft components. The magnetic coupling allows for rapid, reversible reconfiguration of hybrid soft-hard robots for repair, testing new designs, and carrying out new tasks.

Abstract: Provided herein are palladium-mediated coupling reactions useful in the preparation of ketone-containing organic molecules. The provided methods can be used for the preparation of natural products and pharmaceutical agents, including Eribulin, halichondrins, and analogs thereof. The present invention also provides novel halichondrin analogs which can be prepared via the palladium-mediated coupling reactions. The novel halichondrin analogs can be used in the prevention and/or treatment of diseases or conditions (e.g., proliferative diseases such as cancer).

Abstract: Aspects of the present invention provide improved methods and apparatus for use in in vitro modeling of the interaction of cells with cellular constructs/parts/axons, including axon mimetics and use of three-dimensional fibers.

Abstract: The invention provides an electrochemical cell based on a new chemistry for a flow battery for large scale, e.g., gridscale, electrical energy storage. Electrical energy is stored chemically in quinone molecules having multiple oxidation states, e.g., three or more. During charging of the battery, the quinone molecules at one electrode are oxidized by emitting electrons and protons, and the quinone molecules at the other electrode are reduced by accepting electrons and protons. These reactions are reversed to deliver electrical energy. The invention also provides additional high and low potential quinones that are useful in rechargeable batteries.

Abstract: Some aspects of this disclosure provide compositions, methods, and kits for improving the specificity of RNA-programmable endonucleases, such as Cas9. Also provided are variants of Cas9, e.g., Cas9 dimers and fusion proteins, engineered to have improved specificity for cleaving nucleic acid targets. Also provided are compositions, methods, and kits for site-specific nucleic acid modification using Cas9 fusion proteins (e.g., nuclease-inactivated Cas9 fused to a nuclease catalytic domain or a recombinase catalytic domain). Such Cas9 variants are useful in clinical and research settings involving site-specific modification of DNA, for example, genomic modifications.

Abstract: Methods for attaching barcodes to polypeptides are provided. Methods for detecting molecular interactions at the single molecule level are provided. Embodiments of the invention are directed to a ONA barcoded protein array technology for parallel protein interaction profiling on a single molecule basis. DNA barcodes are attached to proteins collectively via ribosome display or individually via enzymatic conjugation. Novel methods are described herein that measure protein interactions based on the statistical analysis of co-localized polonies arising from barcoding DNAs of interacting proteins.

Abstract: The present invention generally relates to emulsions, and more particularly, to multiple emulsions. In one aspect, multiple emulsions are formed by urging a fluid into a channel, e.g., by causing the fluid to enter the channel as a "jet." Multiple fluids may flow through a channel collinearly before multiple emulsion droplets are formed. The fluidic channels may also, in certain embodiments, include varying degrees of hydrophilicity or hydrophobicity. In some cases, the average cross-sectional dimension may change, e.g., at an intersection. Unexpectedly, systems such as those described herein may be used to encapsulate fluids in single or multiple emulsions that are difficult or impossible to encapsulate using other techniques, such as fluids with low surface tension, viscous fluids, or viscoelastic fluids. Other aspects of the invention are generally directed to methods of making and using such systems, kits involving such systems, emulsions created using such systems, or the like.

David A. Weitz and Huidan Zhang

Abstract: The present invention generally relates to microfluidics and, in particular, to systems and methods for determining cells using amplification. In one set of embodiments, cells are encapsulated within droplets and nucleic acids from the cells amplified within the droplets. The droplets may then be pooled together and the amplified nucleic acids can be determined using PCR or other suitable techniques. In some embodiments, techniques such as these can be used to detect relatively rare cells that may be present, e.g., if the droplets are amplified using conditions able to selectively amplify nucleic acids arising from the relatively rare cells.

Abstract: Provided are methods and compositions relating to conjugation of nucleic acids and proteins of interest under conditions that maintain protein activity. The nucleic acid-protein conjugates may be used in nucleic acid nanostructures such as those generated using DNA origami methods.

David A. Weitz and Esther Amstad

Abstract: The present invention generally relates to the production of fluidic droplets. Certain aspects of the invention are generally directed to systems and methods for creating droplets by flowing a fluid from a first channel to a second channel through a plurality of side channels. The fluid exiting the side channels into the second channel may form a plurality of droplets, and in some embodiments, at very high droplet production rates. In addition, in some aspects, double or higher-order multiple emulsions may also be formed. In some embodiments, this may be achieved by forming multiple emulsions through a direct, synchronized production method and/or through the formation of a single emulsion that is collected and re-injected into a second microfluidic device to form double emulsions.

Abstract: Provided herein are, inter alia, barcode probes comprised of transiently or stably fluorescently labeled nucleic acid nanostructures that are fully addressable and able to be read using standard fluorescent microscope and methods of use thereof including methods of use as detectable labels for probes.

Abstract: Presented herein are methods, and devices of adaptively tuning a zone based Model Predictive Control (MPC) controller, using at least one processor, which include determining, residuals based on prediction models storing, in a memory, the determined residuals, calculating a trust index by quantifying uncertainty of the prediction models using the stored residuals and tuning the MPC controller, in real time based on the calculated value of the trust index. 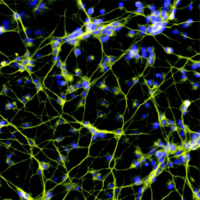