The following article by Sharon Begley of STAT News appeared on April 20, 2016.

The Harvard laboratory of Prof. David Liu has made a significant advance in genome editing using CRISPR technology; the improvement has been described in Nature.

For all the hoopla about CRISPR, the revolutionary genome-editing technology has a dirty little secret: it’s a very messy business. Scientists basically whack the famed double helix with a molecular machete, often triggering the cell’s DNA repair machinery to make all sorts of unwanted changes to the genome beyond what they intended.

On Wednesday, researchers unveiled in Nature a significant improvement — a new CRISPR system that can switch single letters of the genome cleanly and efficiently, in a way that they say could reliably repair many disease-causing mutations.

Because of “the cell’s desperate attempts” to mend its genome, said Harvard University biologist George Church, “what often passes as ‘genome editing’ would more appropriately be called ‘genome vandalism,’” as the cell inserts and deletes random bits of DNA where CRISPR cuts it.

Because the new version of CRISPR avoids that mess, it “offers a huge step forward,” said Church, who was not involved in the discovery, and whose 2013 paper helped launch the CRISPR frenzy. “It is arguably the most clever CRISPR gadget to date.”

Two Harvard-trained researchers, who bonded while battling epidemics in West Africa, are developing diagnostic technology to help women monitor their own health and fertility. 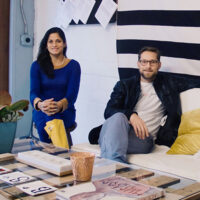