Abstract: The invention provides compositions and methods for utilizing scaffolds in cancer vaccines.

Abstract: A mass-spectrometry-based method and substrates are provided herein for large scale kinome activity profiling directly from crude lysates using 90 chemically synthesized peptide substrates with amino acid sequences derived from known phosphoproteins. Quantification of peptide phosphorylation rates was achieved via the use of stable isotope labeled synthetic peptides. A method and substrates for obtaining 90 simultaneous activity measurements in a single-reaction format were developed and validated. The kinome activity profiling strategy was successfully applied with lysates of: cells manipulated by combination of mitogen stimulation, pharmacological perturbation and siRNA-directed kinase knockdown; seven different breast cancer cell lines treated with gefitinib; and each of normal and cancerous tissue samples from renal cell carcinoma patients. This method concurrently measures multiple peptide phosphorylation rates to provide a diagnostic fingerprint pattern for activated kinases, protein phosphatases, modulators of these enzymes, and pathways (kinome) from as little starting material as a few cells.

Abstract: An optical device includes a substrate, a reflective layer disposed over the substrate, and a metalens disposed over the reflective layer. The metalens includes a plurality of nanopillars, the plurality of nanopillars together specifying a phase profile such that the metalens has a focal length that is substantially constant over a wavelength range of an incident light of about 490 nm to about 550 nm.

Abstract: Lighting devices including metalenses are disclosed. In some embodiments, the metalenses are in the form of a hybrid multi-region collimating metalens that includes a first region and a second region, wherein the hybrid multi-region collimating metalens is configured to collimate (e.g., visible) light incident thereon. In some instances the first region includes an array of first unit cells that contain sub-wavelength spaced nanostructures, such that the first region functions as a sub-wavelength high contrast grating (SWHCG), whereas the second region includes an array of second unit cell, wherein the array of second unit cells includes a near periodic annular arrangement of nanostructures such that the second region approximates the functionality of a locally periodic radial diffraction grating.

Abstract: The present invention generally relates to sub-diffraction limit image resolution and other imaging techniques, including imaging in three dimensions. In one aspect, the invention is directed to determining and/or imaging light from two or more entities separated by a distance less than the diffraction limit of the incident light. For example, the entities may be separated by a distance of less than about 1000 nm, or less than about 300 nm for visible light. In some cases, the position of the entities can be determined in all three spatial dimensions (i.e., in the x, y, and z directions), and in certain cases, the positions in all three dimensions can be determined to an accuracy of less than about 1000 nm. In one set of embodiments, the entities may be selectively activatable, i.e., one entity can be activated to produce light, without activating other entities. A first entity may be activated and determined (e.g., by determining light emitted by the entity), then a second entity may be activated and determined. The emitted light may be used to determine the x and y positions of the first and second entities, for example, by determining the positions of the images of these entities, and in some cases, with sub-diffraction limit resolution. In some cases, the z positions may be determined using one of a variety of techniques that uses intensity information or focal information (e.g., a lack of focus) to determine the z position. Non-limiting examples of such techniques include astigmatism imaging, off-focus imaging, or multi-focal-plane imaging. Other aspects of the invention relate to systems for sub-diffraction limit image resolution, computer programs and techniques for sub-diffraction limit image resolution, methods for promoting sub-diffraction limit image resolution, and the like.

Abstract: An elastically-deformable, conductive composite using elastomers and conductive fibers and simple fabrication procedures is provided. Conductive elastomeric composites offer low resistance to electrical current and are elastic over large (>25%) extensional strains. They can be easily interfaced/built into structures fabricated from elastomeric polymers.

Abstract: The rolled photonic fibers presents two codependent, technologically exploitable features for light and color manipulation: regularity on the nanoscale that is superposed with microscale cylindrical symmetry, resulting in wavelength selective scattering of light in a wide range of directions. The bio-inspired photonic fibers combine the spectral filtering capabilities and color brilliance of a planar Bragg stack compounded with a large angular scattering range introduced by the microscale curvature, which also decreases the strong directional chromaticity variation usually associated with flat multilayer reflectors. Transparent and elastic synthetic materials equip the multilayer interference fibers with high reflectance that is dynamically tuned by longitudinal mechanical strain. A two-fold elongation of the elastic fibers results in a shift of reflection peak center wavelength of over 200 nm. 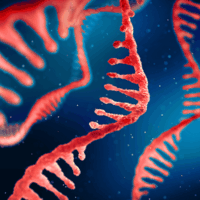