The science and business of aging

By Alvin Powell, The science, business of aging - Harvard Gazette 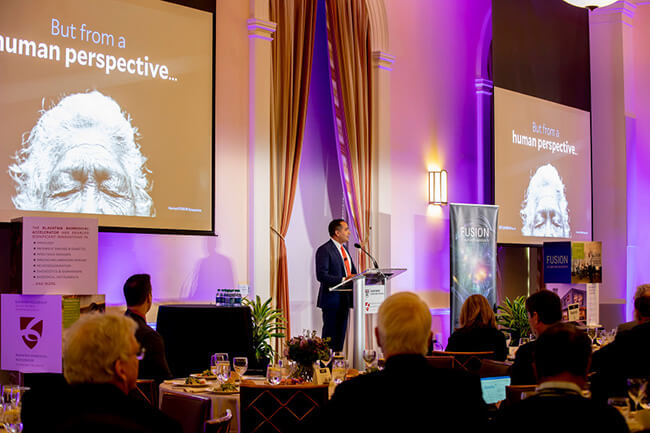 The inevitable infirmities of aging may not be so certain after all, experts gathered at Harvard Business School (HBS) say, and though few products on the market today can help turn back the hands of time, that may change soon.

“I think there is a lot of wishful thinking in the field of aging, where it’s something you can eat or drink [you know, wine], or not eat [you know, starve yourself],” said George Church, Robert Winthrop Professor of Genetics at Harvard Medical School’s (HMS) Blavatnik Institute. “I think these might have small impacts … But I think very powerful medicines are right around the corner, including gene therapy.”

Church was among a handful of experts who gathered Tuesday to talk about the science and business of aging. The half-day symposium presented a dose of measured optimism that highlighted the mounting issues presented by a population that’s living longer and the progress toward understanding the biological processes that underlie aging and treating the diseases that accompany it.

The session, “FUSION at Harvard University: The Science and Business of Aging,” was sponsored by the Office of Technology Development’s Blavatnik Biomedical Accelerator, which supports promising research by dealing with the development gap between fundamental lab work, which often attracts government funding, and projects advanced enough to attract business support. The event was also sponsored by the Blavatnik Fellowship in Life Science Entrepreneurship at HBS, which supports fellows working on biomedical startups. 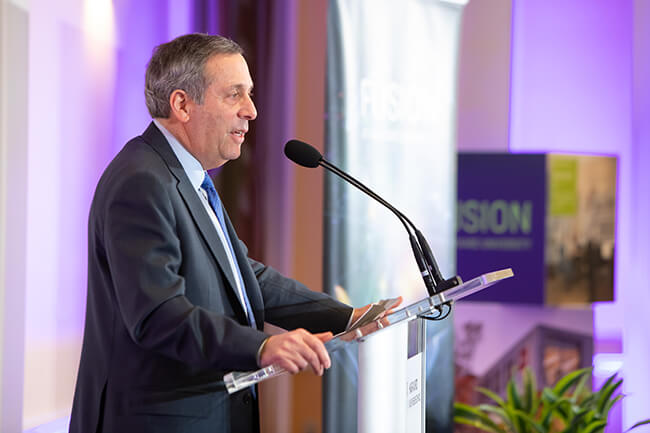 Harvard President Larry Bacow introduced the session, welcoming participants and thanking Len Blavatnik, MBA '89, whose philanthropy established the accelerator fund and fellowship. Bacow said the accelerator has proven successful, with about half of its projects going on to attract corporate support, whether through partnerships, licensing arrangements, or startup companies.

Bacow said that Harvard’s strength is its expertise in a variety of fields that play key roles in bringing discoveries from the lab to the consumer, and that programs such as the accelerator and fellowship help bring together those with essential skills.

“My late mother used to say her goal in life was to grow old, and I suspect that’s all of our goals as well: to grow old in a way that is actually healthy and productive, so we don’t suffer from the infirmities of age that have plagued literally every generation that has come before us,” Bacow said. 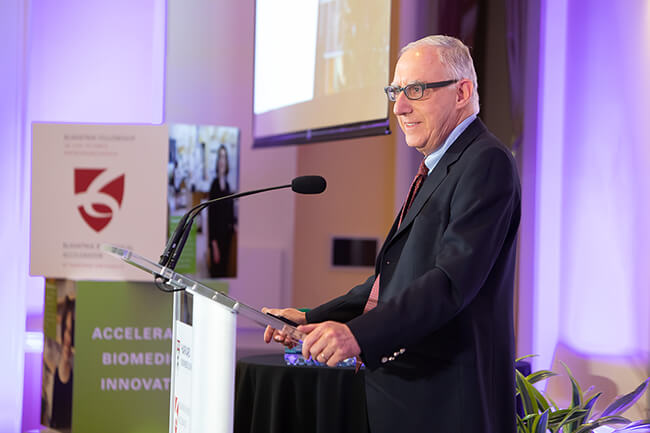 "We are so fortunate to exist in this ecosystem," said Isaac Kohlberg, Harvard's Chief Technology Development Officer and Senior Associate Provost. (Photo by Russ Campbell.)

Richard Hodes, MD '69, director of the National Institute on Aging, said fruits of the push against aging have been on display since the mid-1800s, when what has become a 40-year increase in average life expectancy began. Early progress was largely due to increased survival of the very young, but in recent decades the driver has been increased survival of the old. If that trend holds, he said, by 2080 average life expectancy will reach 105.

Increasing lifespans have created a very different global population profile than existed for much of human history. In 1950, Hodes said, the number of children under 5 was triple the population of adults over 65. Today those numbers are roughly equal, and by 2050 the trend is expected to have reversed, with the number of elderly far outstripping that of young children. 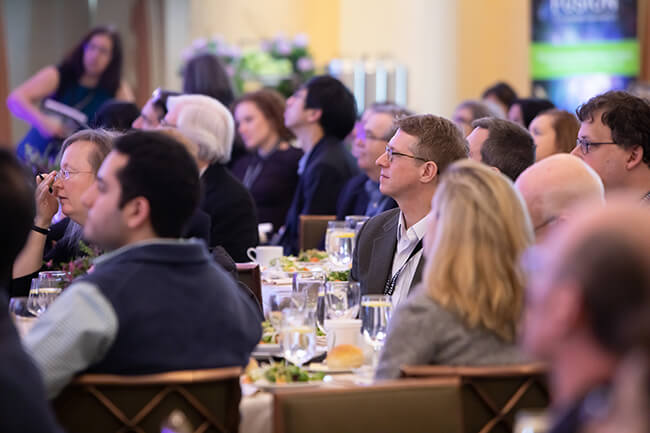 Harvard's FUSION symposium is in its third year. (Photo by Russ Campbell.)

In the U.S., those gains have not been universal, however, and life expectancy for the wealthy has risen faster than for the poor. For some groups, such as the nation’s poorest women, life expectancy has actually fallen. Suicides and overdose deaths considered due to “despair” — which in the 1950s were relatively rare — have been rising, though people with bachelor’s degrees and higher have been largely unaffected.

“This is just extraordinary and rather unforgivable, since these are clearly remediable variables that affect health span and life span across the country,” Hodes said.

With an aging population comes an increased elderly health care burden. Projections of dramatic increases in suffering and health care cost due to dementia and Alzheimer’s disease are worrisome, Hodes said, though one positive development is that even the divided federal government has agreed that money for Alzheimer’s research is critical. Funding has tripled between 2015 and 2018, to $2.3 billion. 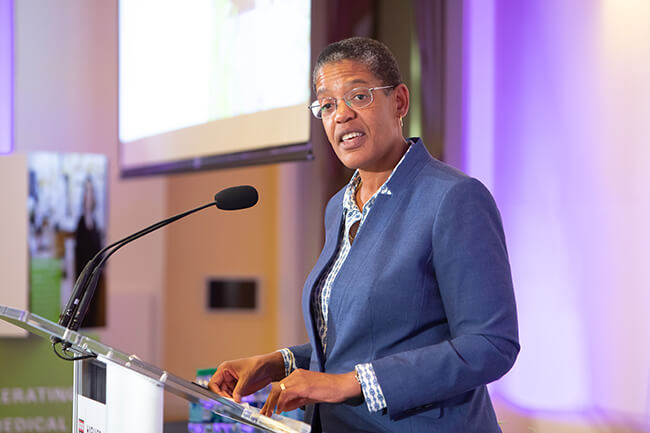 The high-profile failures of several Alzheimer’s drug trials in recent years have pushed researchers to examine whether intervention needs to come earlier in the course of the disease. The amyloid plaques that characterize Alzheimer’s accumulate a decade or more before symptoms occur, Hodes said, and trials are beginning to explore whether earlier intervention can be more effective.

The government has been urged to undertake a public health campaign to advise people how to avoid cognitive decline, Hodes said, but a two-year review of the science showed that no intervention has evidence compelling enough to support such a campaign. Still, he said there have been promising indications that exercise, certain kinds of cognitive training, and controlling blood pressure in midlife can have positive impacts on Alzheimer’s risk. Even absent government pronouncements, he said, individuals can take into account the latest evidence to make smart lifestyle decisions. 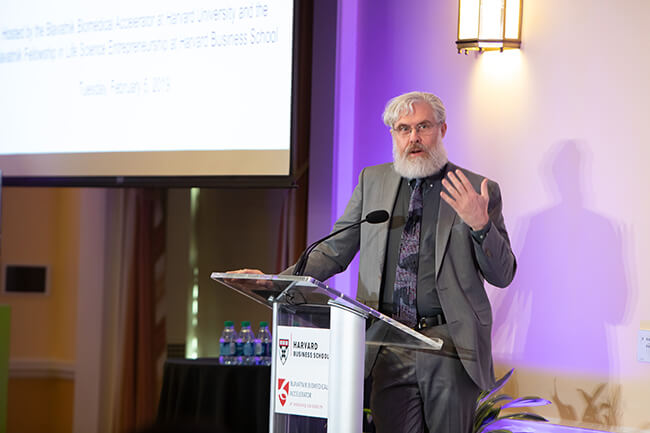 Though mainly still in the lab, work to understand the biological mechanisms of aging has made significant progress recently, Church said. Scientists have identified nine or 10 pathways that play roles in aging, and research is underway to develop interventions to head off and even reverse age-related physiological changes.

Experiments in animals have extended longevity or reversed some of aging’s effects, and Church said his lab is at work on gene therapies that aim to affect all or most of the identified pathways active in aging. He said recent work has proven successful at addressing five age-related diseases: Type 2 diabetes, obesity, osteoarthritis, cardiac damage, and kidney damage. 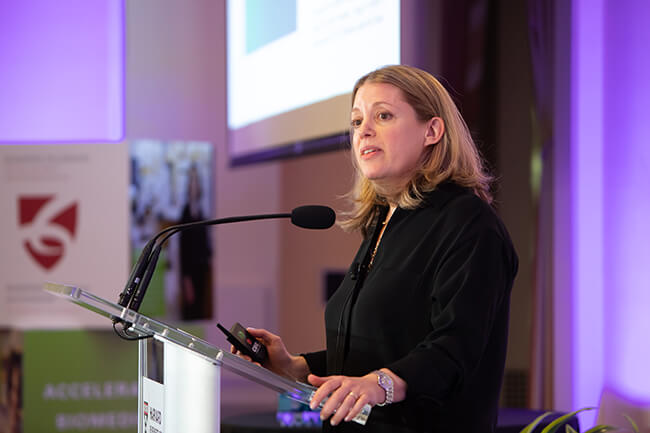 Elli Kaplan, CEO of Neurotrack, brought her business perspective and expertise in neurodegenerative disease to the symposium. (Photo by Russ Campbell.)

Despite the new drugs and emerging therapeutics, the health care business model to deliver them is broken, according to Sachin Jain '02, MD '06, MBA '07, president and chief executive officer of CareMore Health.

It’s undeniable, Jain said, that aging has become big business in America, with a plethora of products and services marketed to people hoping to stave off or treat aging’s decline. The problem, he said, is that a lot of the products miss the market of the needy elderly, who aren’t technologically savvy, don’t have disposable income, but nonetheless have rising needs. 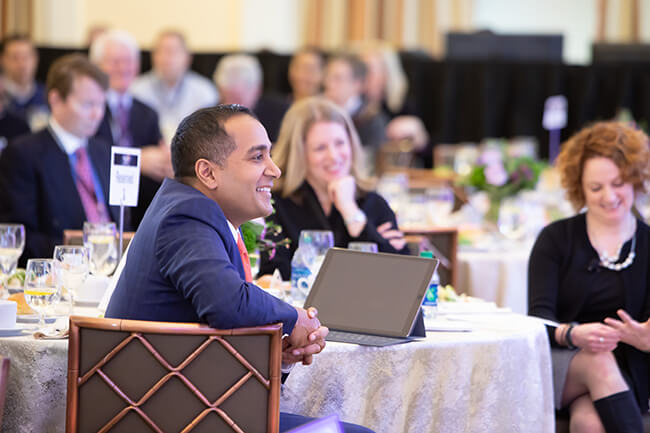 Sachin Jain '02, MD '06, MBA '07, President and CEO of CareMore Health, said health care businesses need to do more to understand the needs of an aging population. (Photo by Russ Campbell.)

Jain said the current health care system’s incentives are misaligned from its consumers’. Hospitals, for example, make more money if their beds are full, while providers looking to contain costs, not to mention consumers who want to stay healthy, would like beds to be empty.

CareMore Health, based in California, is designed to have a patient-centered focus, Jain said. The provider accepts all risk for the cost of its customers’ care and has designed its system to support people’s health. That means the system emphasizes preventive care, coordinates specialists for those who fall ill, and saves when patients stay out of the hospital. 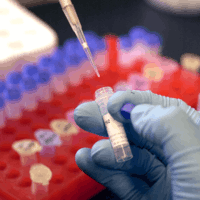