The present invention relates to the arrangement of one or more cells in a medium or on a substrate through the use of boundary conditions, which are changes in local environment compared to the medium or substrate alone or cause an alteration of cell response upon interaction of a cell with the boundary condition.

The present invention generally relates to droplets and/or emulsions, such as multiple emulsions. In some cases, the droplets and/or emulsions may be used in assays, and in certain embodiments, the droplet or emulsion may be hardened to form a gel. In some aspects, a heterogeneous assay can be performed using a gel. For example, a droplet may be hardened to form a gel, where the droplet contains a cell, DNA, or other suitable species. The gel may be exposed to a reactant, and the reactant may interact with the gel and/or with the cell, DNA, etc., in some fashion. For example, the reactant may diffuse through the gel, or the hardened particle may liquefy to form a liquid state, allowing the reactant to interact with the cell. As a specific example, DNA contained within a gel particle may be subjected to PCR (polymerase chain reaction) amplification, e.g., by using PCR primers able to bind to the gel as it forms. As the DNA is amplified using PCR, some of the DNA will be bound to the gel via the PCR primer. After the PCR reaction, unbound DNA may be removed from the gel, e.g., via diffusion or washing. Thus, a gel particle having bound DNA may be formed in one embodiment of the invention.

Parallel uses of microfluidic methods and devices for focusing and/or forming discontinuous sections of similar or dissimilar size in a fluid are described. In some aspects, the present invention relates generally to flow-focusing-type technology, and also to microfluidics, and more particularly parallel use of microfluidic systems arranged to control a dispersed phase within a dispersant, and the size, and size distribution, of a dispersed phase in a multi-phase fluid system, and systems for delivery of fluid components to multiple such devices.

Replicable libraries having discrete members in defined locations for screening for antigens to a pathogenic organism are provided. Also provided are methods for using such libraries as well as a specific antigen, CT788, which induces T-cell activation during a Chlamydia infection.

Two-dimensional coupled resonator optical waveguide arrangements and systems, devices, and methods thereof. Networks of coupled resonator optical waveguides are arranged so as to exploit topological properties of these optical networks. Such arrangement affords topological protection against disorders or perturbations in the network that may hinder or block photon flow. As a result of a disorder, photons traversing along edge states of the array are rerouted based on the disorder or perturbation. Photon routing in the network is accordingly protected against disorder or defects.

Allied-Bristol Life Sciences, LLC, a biopharmaceutical enterprise jointly owned by Allied Minds and Bristol-Myers Squibb Company, today announced that it has entered into a licensing agreement with Harvard University based on research and intellectual property developed in Professor Malcolm Whitman’s lab at the Harvard School of Dental Medicine. 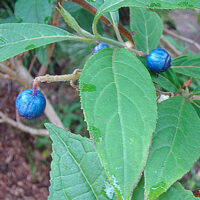