Abstract: In recognition of the need to develop novel therapeutic agents, the present invention provides novel histone deacetylase inhibitors. These compounds include an ester bond making them sensitive to deactivation by esterases. Therefore, these compounds are particularly useful in the treatment of skin disorders. When the compound reaches the bloodstream, an esterase or an enzyme with esterase activity cleaves the compound into biologically inactive fragments or fragments with greatly reduced activity. Ideally these degradation products exhibit a short serum and/or systemic half-life and are eliminated rapidly. These compounds and pharmaceutical compositions thereof are particularly useful in treating cutaneous T-cell lymphoma, neurofibromatosis, psoriasis, hair loss, skin pigmentation, and dermatitis, for example. The present invention also provides methods for preparing compounds of the invention and intermediates thereto.

Abstract: Elucidating the function of proteins in mammalian cells is particularly challenging due to the inherent complexity of these systems. Methods to study protein function in living cells ideally perturb the activity of only the protein of interest but otherwise maintain the natural state of the host cell or organism. Ligand-dependent inteins offer single-protein specificity and other desirable features as an approach to control protein function in cells post-translationally. Some aspects of this invention provide second-generation ligand-dependent inteins that splice to substantially higher yields and with faster kinetics in the presence of the cell-permeable small molecule 4-HT, especially at 37° C., while exhibiting comparable or improved low levels of background splicing in the absence of 4-HT, as compared to the parental inteins. These improvements were observed in four protein contexts tested in mammalian cells at 37° C., as well as in yeast cells assayed at 30° C. or 37° C. The newly evolved inteins described herein are therefore promising tools as conditional modulators of protein structure and function in yeast and mammalian cells.

Abstract: The invention provides an anti-proliferative composition comprising a non-peptide analog of the C-terminal isoleucine-arginine (IR) tail motif of an activator of an anaphase promoting complex (APC). The invention further provides methods of inhibiting the ubiquitination activity of the APC by administering compositions of the invention.

Abstract: Synthesis of many proteins is tightly controlled at the level of translation and plays an essential role in fundamental processes such as cell growth and proliferation, signaling, differentiation or death. Methods that allow imaging and identification of nascent proteins allow for dissecting regulation of translation, both spatially and temporally, including in whole organisms. Described herein are robust chemical methods for imaging and affinity-purifying nascent polypeptides in cells and in animals, based on puromycin analogs. Puromycin analogs of the present invention form covalent conjugates with nascent polypeptide chains, which are rapidly turned over by the proteasome and can be visualized and specifically captured by a bioorthogonal reaction (e.g., [3+2] cycloaddition). The methods of the present invention have broad applicability for imaging protein synthesis and for identifying proteins synthesized under various physiological and pathological conditions in vivo.

Abstract: The invention relates to vaccine compositions having a carrier protein and an antigen of interest entrapped in a complex, methods of making such vaccines, and methods of vaccine administration.

Abstract: A miniaturized, integrated, microfluidic device pulls materials bound to magnetic particles from one laminar flow path to another by applying a local magnetic field gradient. The device removes microbial and mammalian cells from flowing biological fluids without any wash steps. A microfabricated high-gradient magnetic field concentrator (HGMC) is integrated at one side of a microfluidic channel. When magnetic particles are introduced into one flow path, they remain limited to that flow path. When the HGMC is magnetized, the magnetic beads are pulled from the initial flow path into the collection stream, thereby cleansing the fluid. The microdevice allows large numbers of beads and materials to be sorted simultaneously, has no capacity limit, does not lose separation efficiency as particles are removed, and is useful for cell separations from blood and other biological fluids. This on-chip separator allows cell separations to be performed in the field outside of hospitals and laboratories.

UCB-funded Harvard study describes the pre-clinical development of a therapeutic that could potentially be used to treat type 2 diabetes, fatty liver disease, and other metabolic diseases. 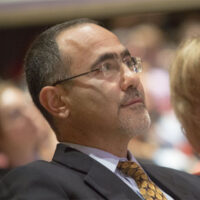