Abstract: The present invention is based on the discovery that motor neurons derived from patients with a neurodegenerative disease have decreased delayed rectifier potassium current and increased persistent sodium current compared to motor neurons derived from control healthy individuals. The present invention is also based on the discovery that the class of compounds known as "potassium channel openers" can be used to treat neurodegenerative diseases, including ALS, Parkinson's disease, Alzheimer's disease, epilepsy, and pain.

Abstract: A synthetic diamond material comprising one or more spin defects having a full width half maximum intrinsic inhomogeneous zero phonon line width of no more than 100 MHz. The method for obtain such a material involves a multi-stage annealing process.

Abstract: Genetic data may be compressed efficiently by selecting for each bi-allelic marker, from among multiple compression algorithms with different associated storage requirements that depend on the minor allele frequency of the respective marker, the algorithm that has the lowest storage requirements. Efficient approaches compress, store, and load pedigree file data. A hybrid method is used that selects between multiple alternative compression algorithms whose performance depends on the frequency of certain observable genetic variations. The hybrid method may achieve higher compression ratios than PLINK or PBAT. Further, it results in a compressed data format that, generally, does not require any overhead memory space and CPU time for decompression, and, consequently, has shorter loading times for compressed files than the binary format in PLINK or PBAT. Moreover, the compressed data fonnat supports parallel loading of genetic information, which decreases the loading time by a factor of the number of parallel jobs. 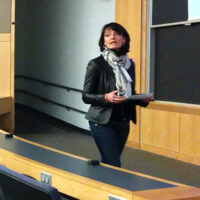