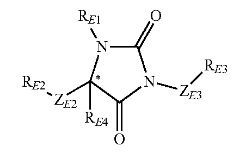 or any pharmaceutically acceptable salt or solvate thereof, or any stereoisomer thereof, wherein RE1, RE2, RE3, RE4, ZE2 and ZE3 are as disclosed herein, are provided. Pharmaceutical compositions comprising the compounds, and methods for use of the compounds for treating disorders associated with necrosptosis are also provided.

Abstract: The multiplexed electrochemical microfluidic paper-based analytical device comprises multiple detection zones for the detection of multiple biochemical analytes from one single sample. Cavity valves integrated on the device will deliver the sample to different detection zones. These analytes include, but are not limited to, urea, creatinine, creatine, glucose, lactate, ethanol, uric acid, cholesterol, pyruvate, creatinine, β-hydroxybutyrate, alanine aminotrasferase, aspartate aminotransferase, alkaline phosphatase, and acetylcholinesterase (or its inhibitors). This system will provide a simple and low-cost POC approach to obtain quantitative and multiple biological information from one sample (e.g. one drop of blood).

David A. Sinclair and Maria Alexander-Bridges

Abstract: Provided herein are methods and compositions for modulating the activity or level of a sirtuin, thereby treating or preventing obesity or an insulin resistance disorder, such as diabetes in a subject. Exemplary methods comprise contacting a cell with a sirtuin activating compound or an inhibitory compound to thereby increase or decrease fat accumulation, respectively.

Abstract: The invention provides a solution to the problem of delivering molecules in a physiologically relevant manner to direct cell fate. For example, a Notch ligand molecule is presented in a microenvironment that mimics the environment encountered in vivo. Accordingly, the invention features a cell delivery vehicle comprising a biocompatible hydrogel or polymer and a composition that binds to a Notch receptor and methods of directing cell fate, e.g., stem cell differentiation, using such compositions.

Abstract: Methods that enable one to specifically measure the metabolic product of a particular molecule in relatively few cells, e.g. primary cells, are described. The methods involve optionally preloading cells with labeled substrate (e.g. labeled by 13C, 15N, or 31P). The methods allow for easy identification of metabolites that are differentially generated in cells of different phenotypes. The new methods for unbiased multi-dimensional NMR screening and rapid and efficient analysis of the NMR screening identify differentially expressed metabolites in different cell or tissue types. Analysis of the differentially expressed metabolites can present unique druggable targets to which small molecule therapeutics can be designed. 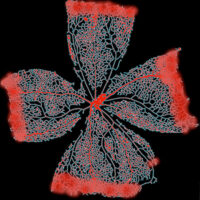