Abstract: The present invention provides for engineered molecular opsonins that may be used to bind biological pathogens or identify subclasses or specific pathogen species for use in devices and systems for treatment and diagnosis of patients with infectious diseases, blood-borne infections or sepsis. An aspect of the invention provides for mannose-binding lectin (MBL), which is an abundant natural serum protein that is part of the innate immune system. The ability of this protein lectin to bind to surface molecules on virtually all classes of biopathogens (viruses, bacteria, fungi, protozoans) make engineered forms of MBL extremely useful in diagnosing and treating infectious diseases and sepsis.

Methods and compositions for the treatment of proliferative and pathogenic diseases
U.S. Patent 9,163,086 (October 20, 2015)

Abstract: The invention features proteins including an antibody, or functional derivatives thereof, that bind hCD59 and have the activity of domain 4 of the Streptococcus intermedins intermedilysin (ILY) protein. In order to prevent the independent induction of CDC and ADCC, the antibodies of the invention can bind the same hCD59 epitope as ILYd4 and/or contain modifications that disrupt the interaction between the antibody and complement. 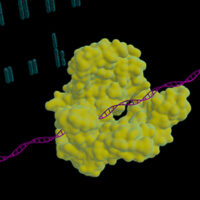