The Blavatnik Fellowship program, which admits five to seven exceptional individuals each year through a competitive application process, was created in 2012 as part of a $50 million gift to Harvard University from the Blavatnik Family Foundation, headed by Len Blavatnik (MBA 1989). The launch of the Fellowship Program was the beginning of a major initiative to expedite new ventures via the Blavatnik Biomedical Accelerator, which identifies and supports early-stage, highly promising technologies from Harvard University. The Fellows work closely with inventors throughout Harvard University and the Harvard-affiliated teaching hospitals to determine the best route for the commercialization of a product.

The 2016-17 Blavatnik Fellows are introduced below: 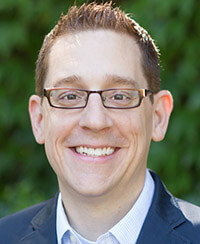 Alan Braly (MBA 2010) joins the Blavatnik Fellowship from Health Advances, a boutique healthcare consulting firm, where he was a member of the management team within the medtech practice. At Health Advances, he led engagements across almost every major therapeutic area and device category, helping clients solve a wide range of product and technology commercial strategy challenges. His clients included both startups and existing public medical device companies. He also worked extensively with both financial and strategic buyers on the due diligence of medtech acquisitions. Prior to graduate school, Braly worked in R&D as a biomedical engineer in Medtronic’s cardiac rhythm management business unit. There his experience included new materials development, preclinical and clinical research, and new technology portfolio strategy. He was also given the opportunity to work directly with clinicians as a Visiting Scientist at Mayo Clinic. In addition to his Harvard MBA, Braly holds an SM in health sciences and technology from MIT through the Harvard-MIT Division of Health Sciences and Technology and a BS in biomedical engineering from Johns Hopkins University. 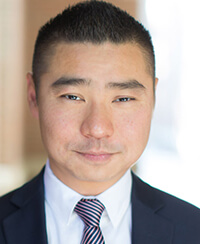 Kouki Harasaki (MBA 2011) began his career in clinical research and lab research positions at the Cleveland Clinic Foundation and the National Institutes of Health, respectively. Since winning a UK national biotech competition in 2003, he has been focused on developing new technologies that impact patients. After earning his PhD, he spent six years in drug discovery, animal pharmacology, strategy, finance, and business development positions at Novartis AG. He has also held positions at Sofinnova Ventures, Genentech, GlaxoSmithKline, Dr. Reddy’s Laboratories, and iPierian. Most recently, Harasaki was a Senior Director of Business Development at Baxalta (now Shire). There he was instrumental in building the immuno-oncology pipeline by negotiating $5 billion in licensing transactions in two years, including the co-development of the marketed pancreatic cancer drug ONIVYDE®. Harasaki earned a BA in molecular/cell biology and Asian studies from Cornell University (cum laude) and a PhD in clinical biochemistry from the University of Cambridge (Wellcome Trust Fellow). At HBS he was a Robert S. Kaplan Fellow. He is currently a board member of the Harvard Business School Healthcare Alumni Association. 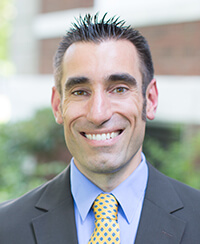 Jon Puz (MBA 2008) is an entrepreneurial executive with a background in launching, scaling, and advising healthcare technology companies. Since completing his MBA, he has served as a key leader and driven the growth of three successful ventures that have focused on digital health, predictive analytics, and improving patient outcomes. His senior-level leadership roles have included strategy, business development, finance, product development, operations, and technology. While pursuing his MBA, Puz collaborated with the Whitesides Research Group and co-wrote the business plan for Diagnostics For All (DFA), which is the only organization to ever win both the HBS New Venture Competition and the MIT $100K. He also helped launch DFA and served as advisor. Prior to HBS, Puz served as a strategy and operations consultant in the healthcare practice at Deloitte Consulting. Along with his Harvard MBA, he also holds a BS in computer science and systems analysis from Miami University (Ohio).

Manny Simons (MBA 2012) is a scientist and entrepreneur with experience building new ventures focused on the discovery and development of novel therapeutics. Prior to becoming a Blavatnik Fellow, he was director of business development at Voyager Therapeutics, a gene therapy company concentrating on severe central nervous system disorders. As a core member of the business team at Voyager, he worked to establish and manage Voyager's $845 million strategic collaboration with Sanofi Genzyme as well as help the company raise over $170 million in equity capital, including the successful completion of an initial public offering in 2015. Prior to his role at Voyager, Simons led licensing and was head of corporate development at Warp Drive Bio, which launched with a $125 million investment by Third Rock Ventures and Sanofi in 2012. Earlier in his career, Simons was an Entrepreneurial Fellow at Flagship Ventures, where he was a member of the founding team of Seres Therapeutics. He earned an AB magna cum laude in neuroscience and music from Harvard College and a PhD in biomedical engineering from MIT, where he studied with Institute Professor Robert Langer. 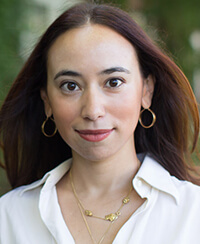 Raffaella Squilloni (MBA 2010) comes to the Blavatnik Fellowship with a deep passion for emerging zoonotic infectious diseases and viral hemorrhagic fevers. She has spent this past year developing and validating point-of-care molecular diagnostics for Zika, Ebola, and HIV. Prior to making her foray into biotech, she had extensive experience working with emerging and frontier markets and on the buy-side in finance. After graduating from HBS, she worked for a New York-based private equity fund specializing in emerging and frontier markets and co-founded a specialty mineral startup developing calcium carbonate mines in the Caribbean Basin and East Africa. Squilloni spent several years at Goldman Sachs working for their European Special Situations Group hedge fund and on the trading floor on synthetic CDOs and structured credit derivatives. She also holds a BSc from the London School of Economics and an MSc from the London School of Economics and the University of Chicago. 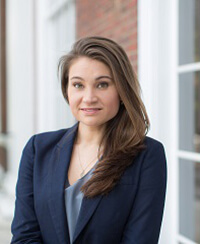 Alex Zimmerman (MBA 2016) is a biomedical engineer and entrepreneur with a passion for using science and technology to improve patient care. Before business school, she worked at Johnson & Johnson in R&D as a product development engineer for DePuy Synthes, where she created custom implants and instruments for spinal surgery. At J&J her experience spanned full product lifecycle development, including product design, mechanical testing, and production level manufacturing. In her second year at HBS, Alex co-founded BrainSpec, a software platform that enables the accurate, non-invasive diagnosis of brain disorders using magnetic resonance spectroscopy. BrainSpec was formed through the iHub at Brigham & Women’s Hospital with Dr. Alexander Lin, the director of the hospital’s Center for Clinical Spectroscopy. Alex earned a BS in mechanical engineering from Tufts University and an MS in biomedical engineering from Brown University. In the Harvard Business School MBA program, she received the R.F. Jasse Distinguished Award in Entrepreneurship and Leadership.

Based in the Harvard Innovation Lab (i-lab), a center of entrepreneurial activity from across the University, Blavatnik Fellows become part of the HBS and University communities. In addition, they have regular access to industry leaders in Boston’s business, biomedical, and life science communities who are willing to serve as mentors during their fellowship year.

During the year, the program provides professional development in a wide variety of areas, including strategy, R&D management, intellectual property, regulatory affairs, business development, and entrepreneurial finance. Fellows work to complete business plans and secure funding and, where appropriate, to join and develop founding teams of new ventures.

The growing community of Blavatnik Fellowship alumni/ae are creating a national network of entrepreneurs in the life sciences.